First Colombian participation in the All Japan Robot Sumo Tournament

The robotics team of the Design and Automation Group (A+D) from the Universidad Pontificia Bolivariana (UPB) from Medellin, Colombia, had participated constantly in the lasts years in several national robotics competitions finishing usually in one of the first three places. In April 2011, with the support of the Research Center for Development and Innovation (CIDI) of the UPB, the students Sandra Patricia Osorio, Juan Camilo Garcia and Luis Miguel Aristizabal participated in the RoboGames 2011 in San Francisco, CA, being this one of the largest robotics competitions world wide, with over 50 categories and a quote of over a thousand participants between engineers, students and hobbyists. In this competitions, the students participated in the autonomous micro sumo (100g), autonomous Sumo (3 kg) and BEAM speeder, obtaining first place in Beam speeder and third place in the 3kg sumo categories.

As the only Colombian Team in the competition, we managed to position our country in the 9th place among 17 other countries. (http://robogames.net/2011.php). The obtained bronze medal gave us an invitation from FUJISOFT Inc. to the All Japan Robot Sumo Tournament in Tokyo during december 2011. This is the biggest and most challenging tournament in this category with the participation of 96 teams (after the 9 qualification rounds in Japan between over 1300 teams), which was a great honor an privilege since by that time only between 6 and 9 invitations were being given for non-japan teams and the UPB team got one of them.

On August 4th, 2011, my team mate Juan Camilo Garcia and I got an E-Mail from the organizer of the RoboGames, David Calkins, in which he informed us that the Fujisoft company from Japan was inviting us to the “All Japan Robot Sumo Tournament” to be held in December of the same year, and they were also willing to cover hotel expenses. Immediately we saw the latent opportunity of participating in the world wide biggest Robot sumo tournament there was, though there were several technical and economic obstacles, that are always present for international tournaments, we had to sort first.

After obtaining all the details of the tournament and doing some research, we starting our quest for sponsorship because Japan was maybe not the most affordable destination for us and we also had to pay for some robot upgrades needed for the tournament. We started our quest at the CIDI, since our university had always supported us for the participation in national and international competitions, but since it was already too late in the year and the amount of money needed was too high, it was not possible to get any more support from this institution.

Our next option was to look for support at governmental institutions like Ruta N, Tecnova, Tecnoparque and the local city hall. We also looked at private entities like the Massachusetts Institute of Technology (MIT) Enterprise Forum Colombia, among others. At the beginning some of these institutions were interested, and we even met with representatives of several of them, but in the end, our project was not compatible with the objectives of the institutions and thus was not possible for us to obtain any economic support.

After an unsuccessful search for sponsorship we were about to give up this opportunity and on November 22 we wrote the coordinator of the tournament of our problem finding economic support for the trip and that our participation was in jeopardy. On November 27th, and thanks to the collaboration of friends and family, we got the news that a commercial ally of the family’s company was able to economically support us by paying for our plane tickets!

The competition was scheduled for December 18th, so we roughly had 22 days, including traveling time, before it. So we had actually about 16 days to apply (and get) our visas to Japan and do all needed robot updates, it wasn’t going to be easy, but it was worth it.

Before starting with the visa application, we needed the exact traveling itinerary and official invitation documents from the organizing company that invited us and some other information. On December 5th we finally got the ticket reservations (for December 13th at 11:55 pm). Next day we got all the documents needed from Fujisoft in order to be able to apply for the visa. One day later we had gathered all the documentation required from the Embassy of Japan so I traveled to the capital for the visas application. After literally running thru the city since it was almost closing hours when I got to the city, I arrived to the embassy and they were already closed, but after almost begging, the let me in and I was able to fill the applications.

The next few days were pure tension, since the visa process takes between 5 and 10 working days, and after checking the calendar we realized we had only 4. Even though it was not yet certain, all my team mate an I could do, was preparing for the trip and begging to all possible deities to get our visas in time.

A week later, December 13th (the same day of our departure), I traveled to the capital to pick up our passports, either with or without visas, still not knowing the final decision from the embassy. Then at 2 pm, a worker from the embassy gave me the passports… each one with a 30 day valid visa to enter Japan territory!. All of sudden, our uncertainty turned into joy! We were going to Japan! 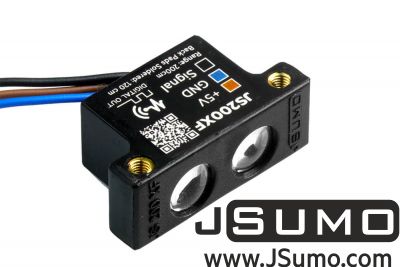